Being the 45th President of the United States and one of the most famous people in the world, Donald Trump has a lot of Twitter followers who always read what he has to say – but are all of those followers well-earned or are some of them just well-paid?

Before we go any further, let’s set the record straight – it is possible to pay for followers on Twitter by setting up a followers campaign wherein Twitter will legally help you gain followers. However, Twitter does not authorize buying fake followers on their site.

By “fake followers,” we mean the accounts that have zero tweets, zero (or a minimal number at most) followers, and zero actions on Twitter— no tweets, no favourites, no photos. Having a followers campaign gives you a chance to gain legitimate Twitter followers who will interact with you or your tweets, not a bunch of tweetless ghosts who are just in there for the statistics.

To date, Donald Trump has around 46.6 million followers on Twitter. Now, we did a little research, and lo and behold; we found that a bunch of them are faceless accounts with zero tweets, verifying that they are just bots and fake accounts. These bots are created to falsely increase the popularity of an account and only exist to increase the number of followers that a user has.

In Trump’s case, only about half of his followers are real accounts, bringing controversy to him buying his Twitter followers.

Apparently, millions of his followers are bots. It may be hard to tell who exactly is behind his millions of fake followers. Whether or not he buys these followers, it is no doubt that even the large number of those who “favourited” his tweets are also fake.

Just a few scrolls and a quick glance at Trump’s list of followers can already show you a bunch of fake accounts that follow him. You’ll know that those are fake when their profiles either have no tweets or just have retweets of Trump’s and other payers’ tweets.

With a crazy amount of followers like Trump’s, it’s not a surprise when people would assume that some or most of them are bots. The actual answer as to whether Trump buys fake followers is still a mystery, but with the evident rise of his number of followers over the past months, would it even be shocking at all?

Why does the number of followers matter so much?

The answer to this is simple– popularity. With Trump being around as the President of the United States, the number of followers on social media appears to be one of the many important factors in gaining popularity and exposure for the years to come. After all, Trump does have a lot of things to say.

Though he also has a reasonable amount of real followers, the number of fake followers is quite alarming if we think of the other possible reasons one would choose to have these bots on their followers’ list. Is it to deceive us of their fame? Is it to kick their ego up a notch?

Whatever the reason may be, and whoever is actually behind all these fake accounts, these fake followers are just there for the numbers and have not much to prove on the current POTUS’s remarkability.

However, if you are thinking of buying twitter followers, we recommend you to look for legit and reputable online businesses who provide high-quality of twitter followers and other social media services such as Buy Real Marketing.

← Is It Worthwhile Buying Twitter Followers?
What Are the Advantages of Guest Posting? → 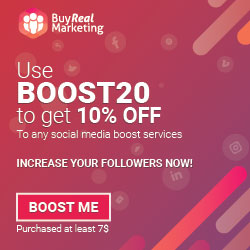